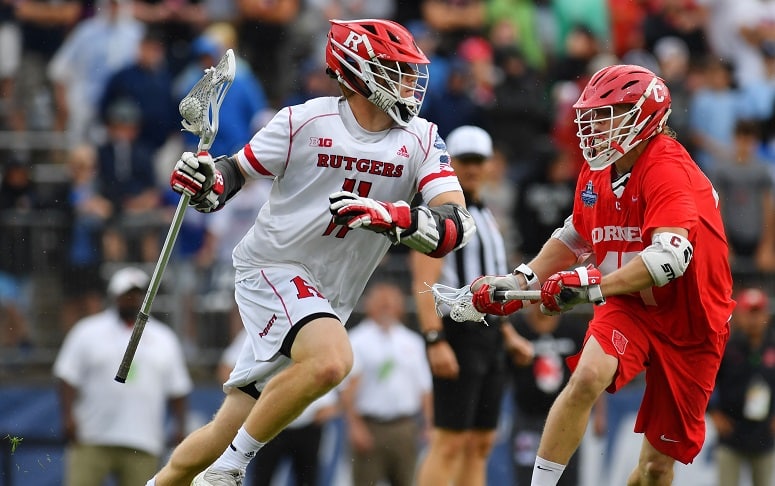 Brian Cameron (11) of Rutgers was selected by the Toronto Rock with the 36th pick of the NLL draft. (Larry French/Getty Images)

This past weekend, the National Lacrosse League held its entry draft. As usual, most of the draft consisted of Canadian locals from college and minor box league ranks.

However, several players from the region, and some who played their college ball here, were also selected to compete for spots in 2022 and, in some cases, 2023.

This year’s draft differed from past drafts in that it had players drafted that may not be able to play until next year due to the surplus of players taking a fifth year of NCAA eligibility. Some players were even drafted for the second time, like former Yale -- and current Notre Dame -- defenseman Chris Fake.

There were also some second-generation players drafted, like John Piatelli and Brian Cameron. Both are the sons of box lacrosse legends and former Boston Blazers -- Jack Piatelli and Chris Cameron, respectively. Transfer portal: Who will be in new uniforms next season?

The end of the NCAA season in East Hartford, Conn., seems like ages ago. In reality, it’s only been a couple of weeks and change…
Read More Earlier this week, each of the eight Premier Lacrosse League teams unveiled its 25-man roster. The good news is that every roster has at least…
Read More Here we are, more than a full day after the storm, examining a bracket that everyone is up in arms about.  If the committee was…
Read More
Advertisement