When it comes to building a roster for the World Lacrosse Men's U19 Championship, Ohio State coach Nick Myers knows there’s a lot more to it than simply picking the top players.

If that were the case, his task would be a lot simpler. As it is, more factors come into play. With this being his second time getting Team USA ready for the Worlds, Myers has a process of getting the right group.

As of now, the training roster is down to 32 players, and it eventually will get down to 23 for the championships, which will be held in Limerick, Ireland, from July 9-18, 2020.

The US is the only country to win, with eight gold medals dating back to 1988. The pressure is high to keep the streak going, but Myers has a strong approach for picking the players. 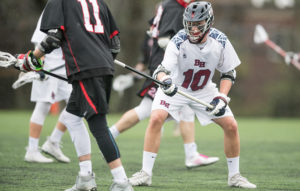 Over the last week, the Top Gun Fighting Clams had some of the best performances out of any of the local clubs at both the…
Read More