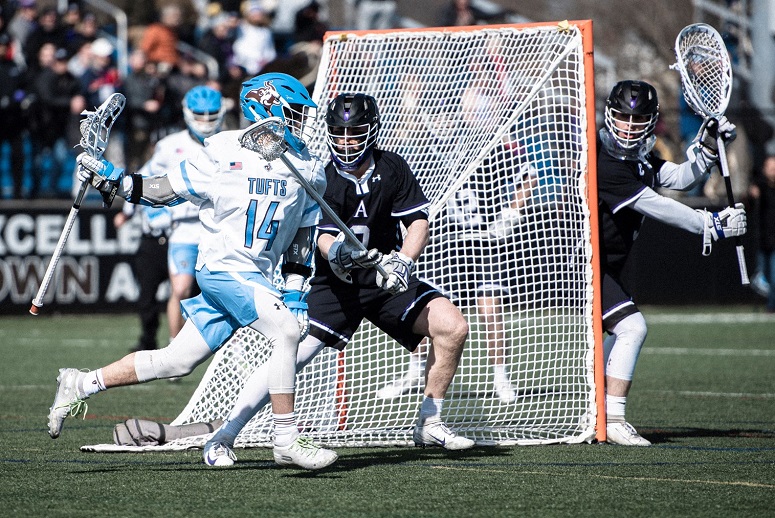 Mac Bredahl (14) is one of several standouts back in the mix at Tufts this season. (Evan Sayles/JumbosLaxTV)

The NESCAC announced last week that it would play a limited spring schedule in several sports, beginning in April.

While that statement answered one question, it produced several others, particularly in men’s lacrosse, which in most years sees some of its teams contending for national championships.

With the season finally coming into view, we answered some of the burning questions about a NESCAC season that will be unlike any other.