Virginia senior Mikey Herring is one of several locals to watch for on championship weekend. (Matt Riley/UVA Media Relations)

Whether you're venturing down to Philadelphia, Pa., to visit Lincoln Financial Field or watching the games from home, championship weekend promises to be a special occasion yet again.

The Division 1 semifinals are set for Saturday between Yale and Penn State, then Duke and Virginia. The winner of that game will play on Monday, sandwiching a Division 3 final between Amherst and Cabrini, as well as a Division 2 final between Merrimack and Limestone.

As results unfold, players from New England are sure to leave their mark across all three divisions. Here's a look at 10 locals to keep a watchful eye on.

Can they help Yale and Merrimack retain their national titles, or will new champions be crowned there? What about how Amherst's first trip to championship weekend? We're about to find out. 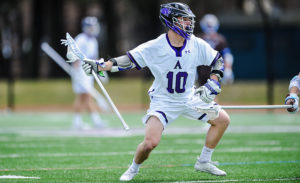 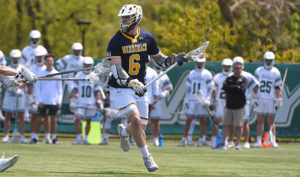 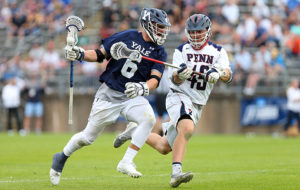 After a 15-10 win on May 3 over Cornell in the Ivy League semifinals, Yale head coach Andy Shay called it his team’s best defensive…
Read More