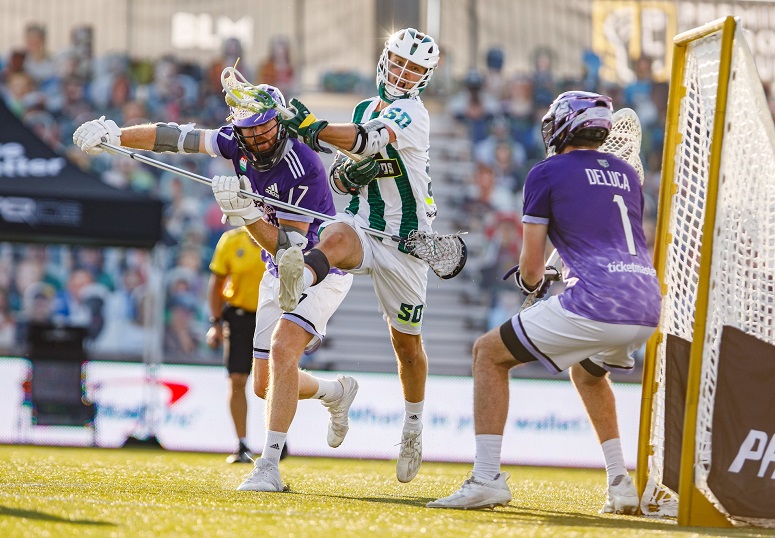 One of the innovations the Premier Lacrosse League introduced to its broadcasts was having players on each team mic’d up, getting both in-game sound from the player as well as being able to radio in to the player periodically and interview them on the field during breaks in the action.

Redwoods LC attackman Ryder Garnsey (Wolfeboro, N.H.) was mic’d up in the first game of the group play stage of the PLL Championship Series. He didn’t like it. He was chosen to be mic’d up again for the team’s second game against the Chrome; he asked not to be, but he said they didn’t give him an option, so he once again wore the extra equipment.

After a nine-goal second quarter from the Chrome, the Redwoods found themselves down by a score of 10-4 at halftime. Garnsey was disappointed in his performance and he felt the microphone was a distraction, so he took matters into his own hands and took off the equipment. Chrome LC spent the inaugural Premier Lacrosse League season at the bottom of the standings. The trend started from the very beginning, when the team…
Read More Editor's note: This story appears in the Summer issue of New England Lacrosse Journal. In the middle of a quarantine, Paul Rabil was up early…
Read More
Advertisement